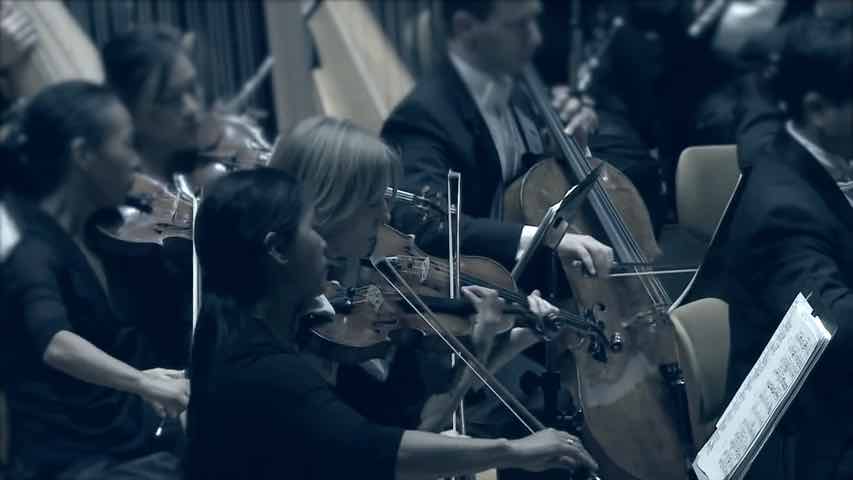 A Team of Composers

We can't live without writing, performing and listening to music. We score music for audiovisual media. Thanks to our collaborators we offer quality and versatility in a wide range of styles meeting the most demanding quality requirements. We also provide supervision services to producers and filmmakers.

Samples of our work

Our Works. Audio and Video versions

A team of composers. One single voice

Ramon Polo counts on a team of composers, arrangers and bands who love and can't live without writing, performing and listening to music. Our expertise includes scoring music for films, tv-movies, commercials, documentaries, videogames, etc. Thanks to our collaborators we offer quality and versatility in a wide range of styles. We’re not PR, managers nor representatives; our aim is just to write, record and deliver genuine music meeting the most demanding quality requirements. We also provide music supervision services to producers and filmmakers.

A team of composers. One single voice. Our motto reflects the way we work: from the beginning until the end you will speak to one single person, a single point of contact, making the work of our collaborators transparent to you. Thanks to the structure of our company we're able to provide the best musical experience to the final public.

During the last years the way of approaching the music in an audiovisual project has changed. Extreme specialization and high quality content have become the standard for most producers around the globe. Composers work together to fit the project needs. This includes creativity, expertise, budget, deadlines. How do they do that?

Each project has its own requirements. They are related to creativity, style, budget, deadlines, etc. A music house works with composers with different musical background and takes care of arranging the musical production, such as locating the suitable singers and performers and leading the recording and mixing sessions. One person is in charge of everything, from the beginning until the end, and that's a key fact to guarantee the team work keeps transparent to the client.

Music houses are used to offer music supervision services. This may include composer and artist management. Producers and directors want the music that suits their creative and budget requirements. The music supervisor has the resources needed to achieve this objective.

Composition and production for audiovisual media

Check the next section for details

How we understand it and how to prepare a project

Are you a composer, arranger, or belong to a band?

We have several collaborative models with musicians from different areas.

Whether you have written music for image, owned a studio or recorded your own music, we are open to hear from you and to discuss together what would be the best way to collaborate.

Contact us and tell us about you and how you think you could contribute. Don't hesitate to send us your samples if you'd like us to listen.

Telling a story through music

Music and silence. Both sides of the same coin allow us to emphasize, balance, lead and empower a story

What we consider essential to achieve the best results

We can start a project either from the idea, from the script or from the final cut. Feature films, documentaries, TV-movies, TV and Web-Series

Whom is the ad lead to? What is intended to transmit? How to tell it all in such a few time?


To achieve that, we always try to follow these steps

Tell us about your project

We'd like to hear about your project. Whether you need music, sound design or a musical opinion, we will bring through music what you're searching for your story

As a parallel project, we are creating a music library which will provide royaltie free music for your producer, and depending on the type of license you choose, some additional benefits.

The library is a database made up with unpublished music. Themes are 20" to 3' long.

Types of licence we will provide:

Do you have a project?

Do you want to join our team?

What is your project?

We would like to know about your project. Let us know if you have any questions, or if you prefer we can ring you!

None of your data will be stored

We agree with some of these quotes. Others are just funny. None of them is objective.

In case a composer could say what he had to say in words, don't bother oneself to say it through a musical composition.

There's nothing remarkable about it. All one has to do is hit the right keys at the right time and the instrument plays itself.

Without craftsmanship, inspiration is a mere reed shaken in the wind.

Simplicity is the final achievement. After one has played a vast quantity of notes and more notes, it is simplicity that emerges as the crowning reward of art.

Even if, in one or other of them, I had a particular word or words in mind, I would not tell anyone, because the same word means different things to different people. Only the songs say the same thing, arouse the same feeling, in everyone - a feeling that can't be expressed in words.

I sit down to the piano regularly at nine-o'clock in the morning and Mesdames les Muses have learned to be on time for that rendezvous.

There are painters who transform the sun to a yellow spot, but there are others who with the help of their art and their intelligence, transform a yellow spot into the sun.

Every child is an artist. The problem is how to remain an artist once he grows up.

I don't believe in total freedom for the artist. Left on his own, free to do anything he likes, the artist ends up doing nothing at all. If there's one thing that's dangerous for an artist, it's precisely this question of total freedom, waiting for inspiration and all the rest of it.

Artists who seek perfection in everything are those who cannot attain it in anything.

Another unsettling element in modern art is that common symptom of immaturity, the dread of doing what has been done before.

Art forms of the past were really considered elitist. Bach did not compose for the masses, neither did Beethoven. It was always for patrons, aristocrats, and royalty. Now we have a sort of democratic version of that, which is to say that the audience is so splintered in its interests.

I believe that if it were left to artists to choose their own labels, most would choose none.

The aim of art is to represent not the outward appearance of things, but their inward significance.

Let each man exercise the art he knows.

Art does not exist only to entertain, but also to challenge one to think, to provoke, even to disturb, in a constant search for truth.

I can't listen to that much Wagner. I start getting the urge to conquer Poland.

Brass bands are all very well in their place - outdoors and several miles away.

Music is the only language in which you cannot say a mean or sarcastic thing.

If you develop an ear for sounds that are musical it is like developing an ego. You begin to refuse sounds that are not musical and that way cut yourself off from a good deal of experience.

I hate music, especially when it's played.

My music is best understood by children and animals.

Military justice is to justice what military music is to music.

The whole problem can be stated quite simply by asking, "Is there a meaning to music?" My answer would be, "Yes". And "Can you state in so many words what the meaning is?" My answer to that would be, "No".

Skill without imagination is craftsmanship and gives us many useful objects such as wickerwork picnic baskets. Imagination without skill gives us modern art.

Everything you can imagine is real.

There is nothing more dreadful than imagination without taste.